skip to main | skip to sidebar

Once again, a pre-sunrise alarm call got everyone up and heading for the salt in the dark.  The cool air, and quiet surrounds, of the early morning flats is something special and both riders were pretty much front of the line each day, hungry for as many runs as possible, and hopeful of more records.

Wednesday morning saw Miki nailing his own record again from 102.4 to 105.2 after a very successful 107mph on the first run up.  The salt continued to be fine and and both racers got multiple runs in as the courses got a little quieter.

Despite several attempts, Phil's bike just wouldn't remake the 100mph+ success of day 3, but not for want of trying.

On the final day (Thursday), Miki nailed his record once more, taking the final digits up to 105.8.

As the extreme heat of the day ensued, both racers decided not to risk the bikes any further and started their clean-up and breakdown.

The Bonneville track experience was over, but oh what an experience! 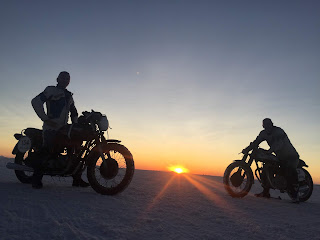 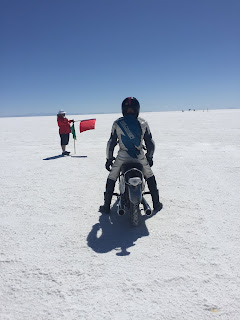 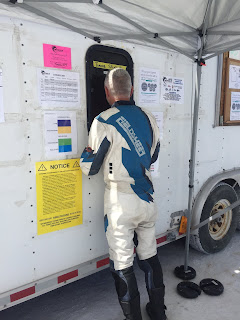 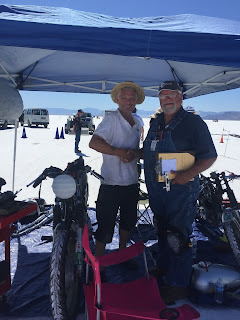 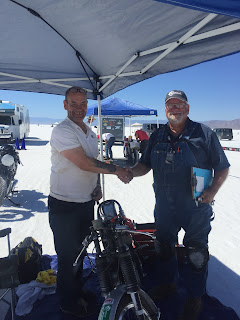 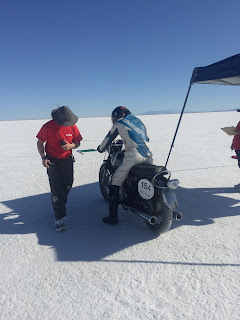 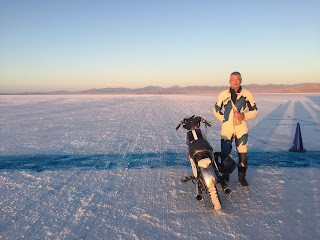 Team Wildcard Racing Blog
Welcome to the Team Wildcard Racing Blog. We race at British Historic Race Meetings and our club is the VMCC, the Vintage Motorcycle Club. On this blog you can follow Team Wildcards' progress and on our website find out how to start racing vintage motorbikes, and if you're a novice or interested you can experience race days yourself. http://www.teamwildcard.co.uk